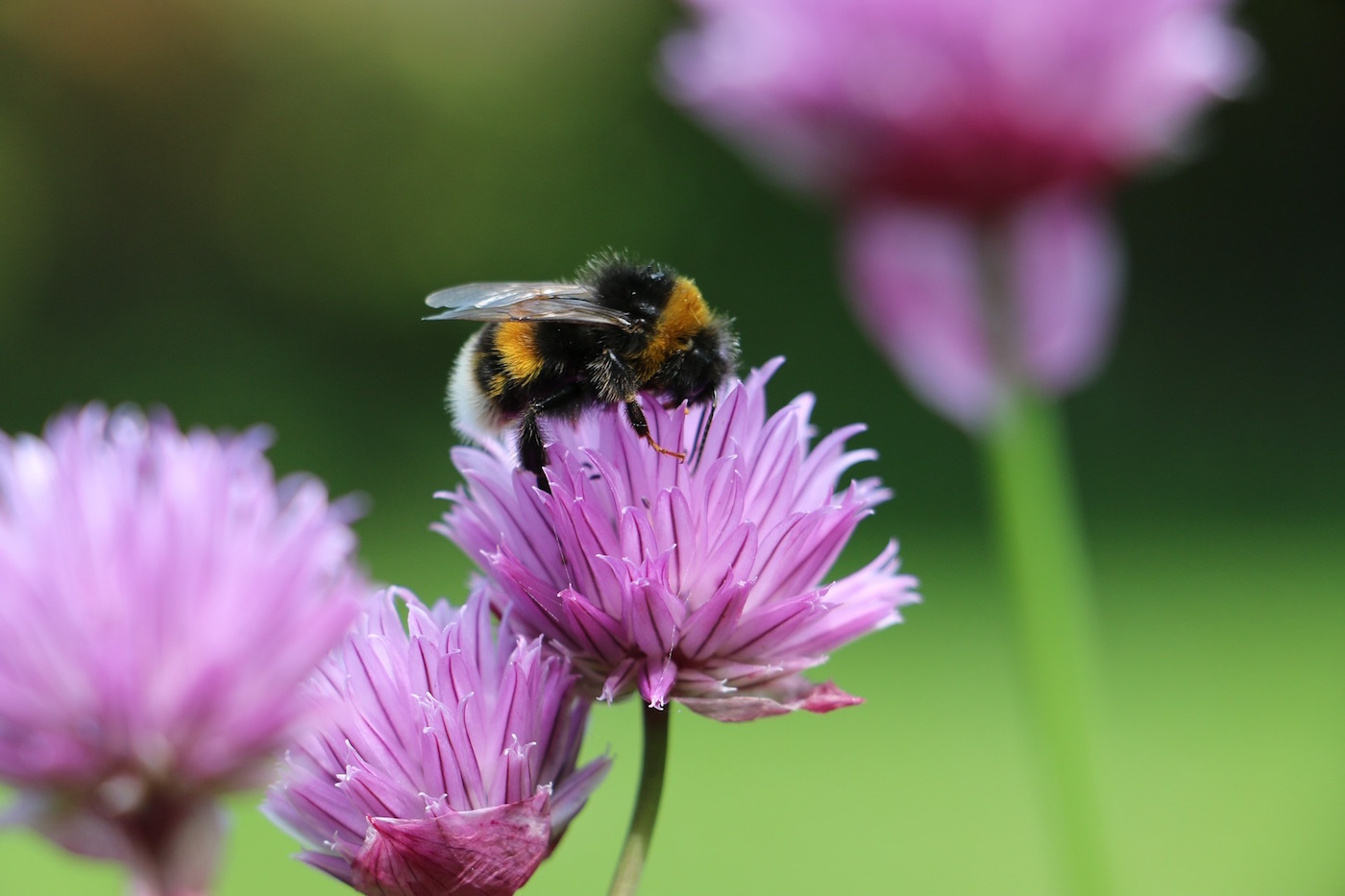 Bumblebees have hairy abdomens with yellow markings whereas carpenter bees have bare and shiny abdomens. Their flying patterns also vary, as bumblebees fly in a straighter line than the carpenter bee. Carpenter bee flight patterns look as though they are darting and diving through the air and chasing one another.

To Hive or Not to Hive?

Bumblebees are known as social bees and live in colonies. Their nests have a yearly cycle and can contain 50 to 500 occupants. They don’t look like your typical beehive as the nest entrance of the colony can usually be found in the ground. Bumblebees work their entire lives feeding and protecting the colony, particularly the queen bee. If a bumblebee feels as if the safety of the colony is threatened or the bee is provoked, it will sting.

Carpenter bees are solitary insects and are often described as harmless (to humans, but not your wooden deck!). Female carpenter bees create their nest in wood, using their strong jaws to chew through porches, doors, and other wooden materials. They prefer soft, weathered and unpainted wood. While female carpenter bees do have stingers, they rarely use them. This only occurs if the bee is seriously provoked. Male carpenter bees are very protective but do not possess a stinger. They may, however, fly towards someone who has gotten too close to the nest in an attempt to appear intimidating.

If you have discovered a nest of either bumblebees or carpenter bees, there are several different ways you can try to get them to relocate.

Whereas bumblebees are seen as a beneficial insect, carpenter bees are often seen as a nuisance to homeowners. However, both species of bees help the environment flourish by helping to pollinate the local flowers, gardens, and some crops. Pollinator numbers are in decline all over the globe, so it is a good idea to get bees to relocate if possible. If you need help identifying what insects are on your property, check out our Pest Control Services.

Experiencing a bee or wasp problem?

I had concerns about termite prevention, and the technician that came by informed me that the previous house's owner had a treatment before that should last for several more years - I had no idea.