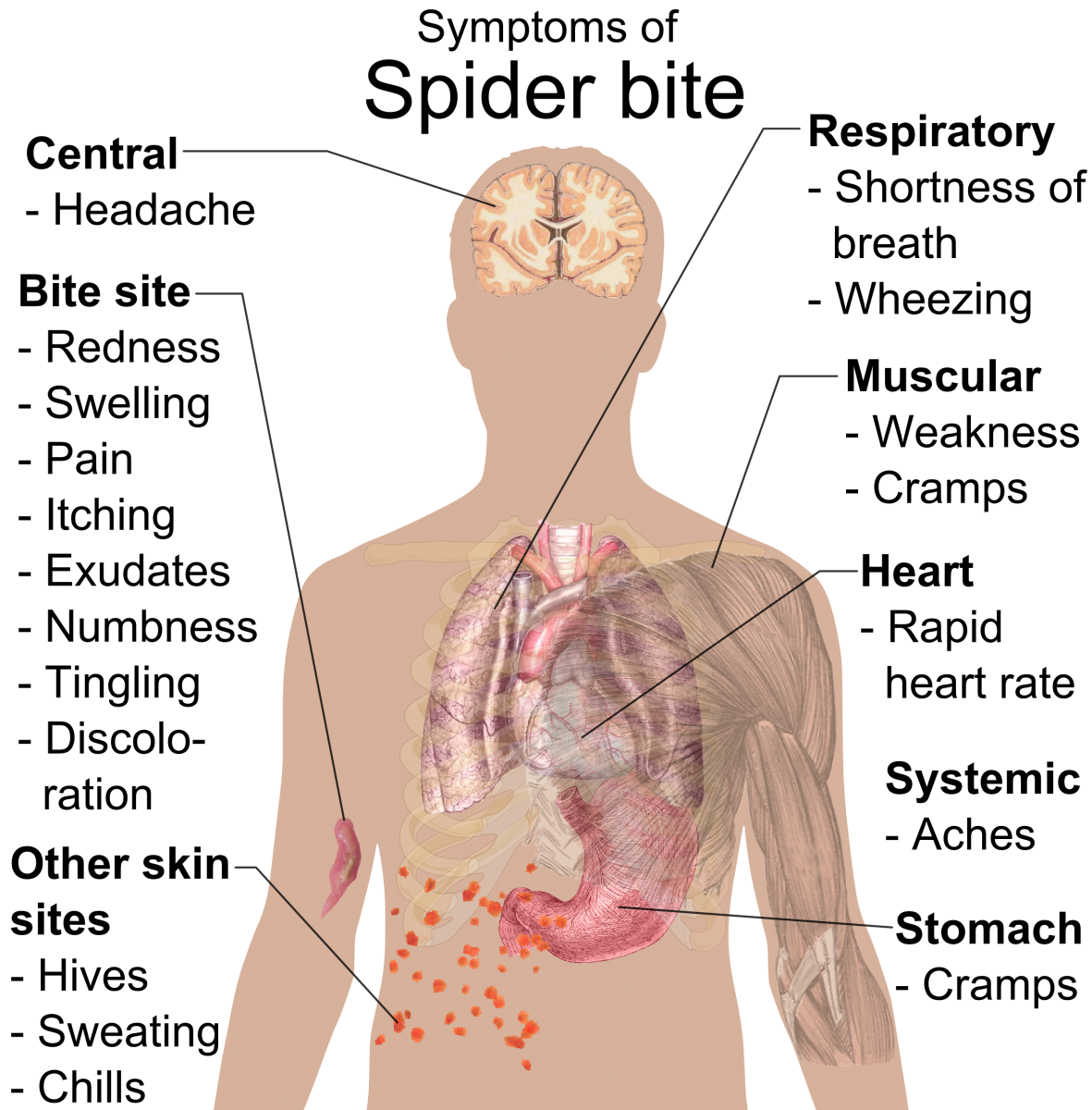 From the giant, hairy tarantula to the extraordinarily poisonous spider artificially enlarged in movies to match the size of its human prey, spiders have long been depicted as horrifying creatures. Thankfully, in reality, not all spiders are ruthless. In fact, most are friendly. But in North Carolina, with 39 established species, there are several that you should be aware of whose bites are dangerous to humans. But how do you identify a spider by the bite? Use our guide below to find out!

Of the 60 spiders capable of biting humans, North Carolina is host to at least four key dangers. The black widow is one of two that is associated with disease and, very rarely, death. It is easily identifiable by its shiny black appendix and the red hourglass shape on its belly. The bites, which feel like a pinprick, swell and turn red within an hour, and are often accompanied by weakness, nausea, and headache.

Wolf spiders are also venomous, though non-aggressive. Larger than the black widow, they can be exceed 1 inch in length and have a gray-brown color. As a ground dweller, its bites often occur while outdoors near garden areas or debris. After being bitten, fang marks may be present along with redness and swelling. But the most prominent sign of a wolf spider bite is the accompanying pain, which may last for 10 days after the bite.

Jumping spiders can be green or black with hairy bodies that range from 10 to 35 mm long. While it is uncommon for these spiders to bite humans, it can happen and is especially risky for those who have an allergy to the bite. Most will suffer from swelling, pain, and itching similar to a wasp bite. Others, with allergies, may experience headaches, vomiting, and chills.

Known for it’s dark brown violin shape, the brown recluse is dangerous to humans, especially children. Bites occur most often in environments like attics, closets, porches, and basements in the summer. The venom is poisonous and, because a small amount is injected, the initial bite can go unnoticed. Symptoms develop 2-8 hours afterwards and may include severe pain, nausea, fever, and muscle pain. Look for mild redness and firmness, scarring, and tissue decay several days after the bite.

**If you think you've been bitten by a spider, please seek medical attention!**

How to Prevent Bites

The identification of a bite is crucial to caring properly for yourself or a loved one after an incident. But the smarter option is to avoid spiders in the first place. Being careful near the common habitats of these dangerous species can help, but it’s not guaranteed to prevent an accident. Professional exterminators are trained to provide safety and comfort indoors and outdoors that will keep adults, children, and pets safe from these potentially life-threatening species. To prevent spider bites entirely, consider looking into the benefits of these effective professional treatments. We're in NC, SC, and CO, so whether you need Charlotte Pest Exterminator or pest control in Raleigh, we have you covered!

Worried about a spider infestation?

Always a pleasure to be serviced by Triangle Pest Control! Mosquitoes are such a nuisance to myself as well as guests.