Mosquitoes are descended from flies, becoming the insect we know now over 200 million years ago. Of the known 3,500 species, 175 live in the United States. Texas is purported to be home to the most species, with 85, while West Virginia is thought to have the least at 26. 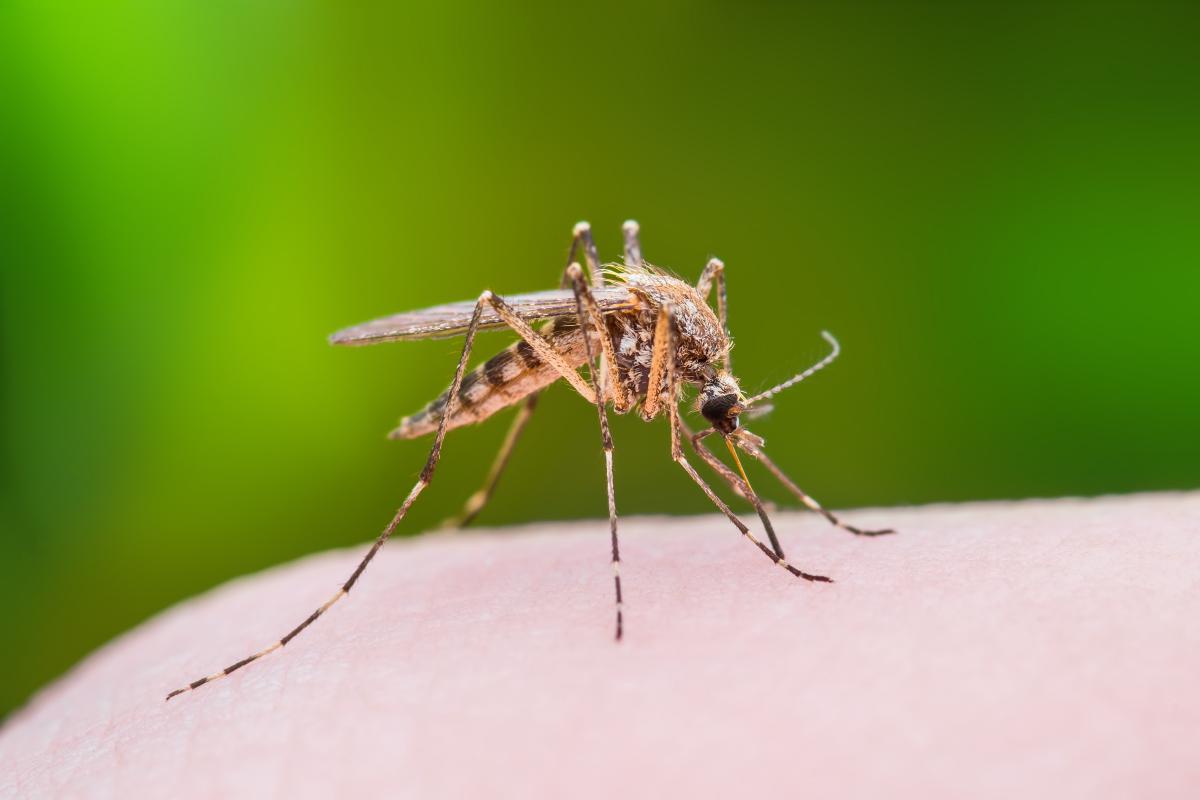 Depending on species, mosquitoes can grow to be an inch in length, though most common varieties in the U.S. are much smaller. Their bodies are made up of a head, thorax, abdomen, two wings, two compound eyes, two simple eyes, and a serrated proboscis. Only the female mosquito bites, using the proboscis to pierce her victim’s skin and inject saliva containing an anticoagulant enzyme that aids in the bloodsucking process.

Female mosquitoes attract males by beating their wings at the rate of up to 500 times per second. The female will seek out a protein-providing blood meal and, once fed, rest for a couple of days before laying hundreds of eggs in stagnant water. After one to four days, eggs develop into larva, which are small worms called wigglers. Wigglers remain in water for the first 10-14 days, feeding on organic matter, before turning into a partially-cocooned pupa. After this stage, which lasts for a few days, the pupa turns into adult mosquitoes. On average, the male mosquito lives 10 days while the female can survive up to two months. During their lifetime, females lay eggs approximately every three days.

What are the unique characteristics of mosquitoes?

Both male and female mosquitoes feed on nectar from flowers, but the female requires blood to reproduce. Mosquitoes feed both day and night and are capable of drinking up to three times their body weight in blood. While some species exclusively seek out human hosts, others specifically target birds, reptiles, or other types of animals.

Mosquitoes are actually slow-moving insects, flying at a maximum speed of a mile-and-a-half per hour. They tend to stay within a three-mile area and fly no more than 25 feet above the ground.

What are the habits of mosquitoes?

Mosquitoes prefer dark colors and are attracted to their victims by smell, heat, and motion. They migrate to carbon dioxide exhaled during breathing. Pregnant women, larger people, and those who are exercising tend to give off more carbon dioxide and are, therefore, more likely to be bitten. Body heat attracts mosquitoes; they use heat sensors to seek out an exposed part of their victim’s body where blood is close to the surface. Sweat and body odor — or more specifically the bacteria they contain —  draw mosquitoes, especially those that carry malaria. Some humans also give off secretions that are enticing to mosquitoes.

Where are mosquitoes commonly found?

Mosquitoes are found throughout the world, except in:

Mosquitoes thrive in warm locales with high humidity and are most abundant in spring, summer, and fall. They are active at all times of the day but tend to migrate to cooler locations when the temperature is extremely hot. During temperatures below 50°F, females will hibernate, holding onto their eggs until the temperature rises.

What are the risks of mosquitoes?

When a mosquito bites, the saliva passed creates an allergic reaction that can result in red, itchy bumps or welts. These areas can become inflamed and, if scratched to excess, cause secondary skin infections.

Mosquitoes spread deadly diseases that include malaria, dengue fever, West Nile virus, yellow fever, encephalitis, elephantiasis, and Zika virus. While these are more common in other countries, causing millions of death each year, cases also occur in the United States. Mosquito attacks can be especially harmful to children, the elderly, and those with compromised immune systems, and can also cause birth defects in unborn children. Mosquitoes also pass parasites and disease to animals, including heartworm which can be fatal to dogs.

Talk to an expert technician today.